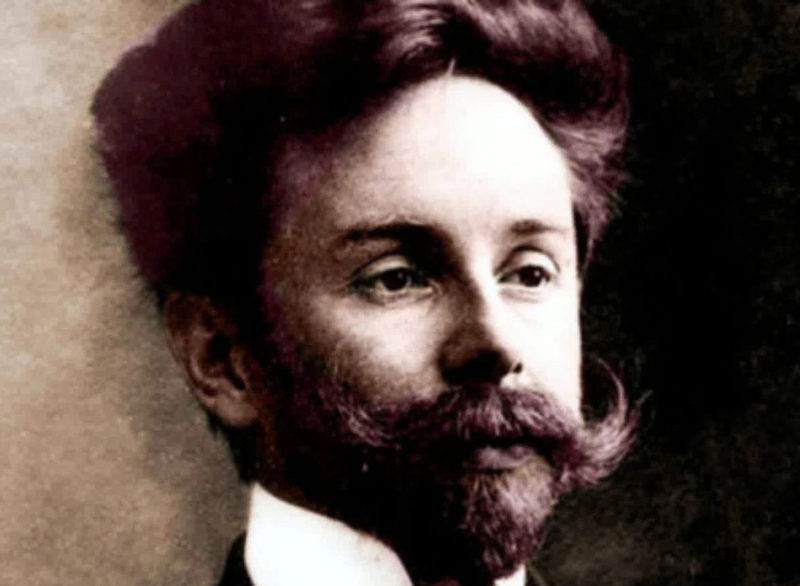 On November 11, 12 and 13, Dmitrij Kitajenko conducts a highly contrasted Russian program at the Philharmonie in Cologne. The Gürzenich Orchestra plays firstly Piotr Tchaikovsky’s Serenade for Strings Op. 48. Pizzicato wrote about Kitajenko’s recent recording of this composition: “From the first bars of Tchaikovsky’s Serenade we hear a very lyric, beautifully melodic sound. Pure singing! “

The second work is Glière’s Concerto for harp and orchestra op. 74, with Xavier de Maistre, who has been called “the ambassador of the harp”. Reinhold Glière, a Russian composer with German-Polish roots, is not an innovator, rather a romantic. His Harp Concerto belongs to his best known works. He consulted a harpist while composing the piece, which helped him to give the solo instrument a most prominent place.

From 1903, Scriabin completely devoted himself to composition and his pianistic career. At first, he mainly lived abroad, notably in Switzerland, and from 1908 to 1911 in Brussels, yet returned finally to his native country where he died much too young, in 1915 of an inflammation of the upper lip.

Scriabin’s output gives evidence from his boundless imagination in which interfere mysticism, magic and consuming ecstasy with dream-like experiences. He wanted to dematerialize the sound material and – after he had connected with the Western European tradition up to atonalism, his aim was the Gesamtkunstwerk for which he wanted to use an exaggerated combination of all art forms.

Among Scriabin’s works, Poème de l’Extase is particularly renowned. Its richness of sensations is striking. According to the morphologic psychology mental events are structured always like pictures. Therefore, it is very difficult to experience this tone poem if one has no visual point of departure. So, every attempt to experience the work significantly will lead the listener to different ‘programs’. This confirms the hypothesis that ecstasy is part of the eternally uncontrolled feelings and thoughts. Indeed, ecstasy happens at a certain place, at a given time and under precise circumstances. It avoids, therefore, any standardizing.

Scriabin himself said of the ecstasy: “Ecstasy is not a specific feeling, it corresponds to the liberation, the redemption and the illumination of all feelings.

Donald Garvelmann described Scriabin like this: “Scriabin’s music embraces the past and the future, formality and freedom. Its large range of expression – anger, fear, heroism, darkness, mystery, evil, light, fire, flight, intoxication, languor, love, six, ecstasy – is the very connective tissue of his life and thought. His remarkable harmonic scheme is like a burgeoning new language but with few cognates. His works are experiences of an inexhaustible range of color, from the most delicate nuance to rich multi-voiced textures, and of (his favorite word) ‘sensations’.”