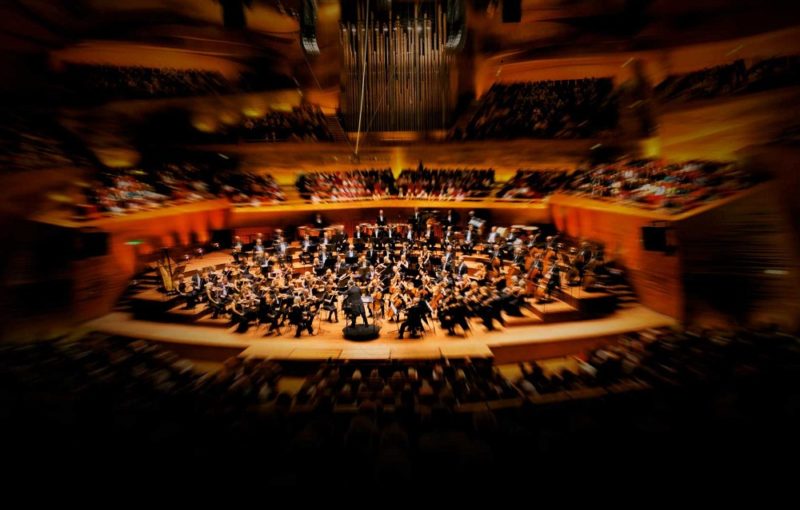 On 9 and 11 May Dmitrij Kitajenko will conduct the Danish National Symphony Orchestra at the Koncerthuset in Copenhagen, the orchestra of which he was Principal Guest Conductor for several years.

The program begins with Piotr Tchaikovsky’s String Serenade op. 48. On Kitajenko’s recent recording with the Zagreb Philharmonic, Pizzicato wrote: “From the first bars of Tchaikovsky’s String Serenade, the ear is caressed by a very lyrical, beautifully melodic sound. Pure singing! (…) Kitajenko gives this work its very own ingenuity, turning it into what others have denied the music with a ravishingly enchanting and deeply lyrical interpretation, a string SERENADE.”

Anna Vinnitskaya is then the soloist in Sergei Rachmaninov’s Concerto for Piano and Orchestra No. 3. His name appears only once in the encyclopedia, and yet Rachmaninov appeared in three qualities, as conductor, pianist and composer. And often the performer was more successful than the composer. He himself once said: “I have never been able to determine what I am truly called to do, to be a composer, a pianist or a conductor”.

Even today, there is still a striking disparity between Rachmaninov’s popularity and the literature written about him. All too often he can be found in music stories under “distant runs”. Sometimes Rachmaninov’s work is even degraded. His work probably still suffers today from the fact that he belongs to the composers who do not work in the time to which they are intimately connected. Sergei Rachmaninov was born a good forty years too late. If he had been born earlier, however, he would have been able to develop fully in the world that was his own.

Rachmaninov’s works have been much influenced by Chopin, Schumann, Tchaikovsky and Liszt. And although he also used modern elements, he remained far away from the paths on which Stravinsky, Scriabin and Prokofiev walked. About his way of composing, he himself said: “I simply try to imprint in the music what I have on my heart. I don’t compose according to pre-determined formulas. The music must express the composer’s entire personality. I have always believed that; one must not work on it spiritually, to measure, only to fulfil certain indications.”

Rachmaninov was an artist committed to tradition, he wanted to be regarded as such and as such we want to love and worship him.

After the piano concerto by Rachmaninov follows a suite from Khachaturian’s ballet Spartacus, set up by Maestro Kitajenko himself.