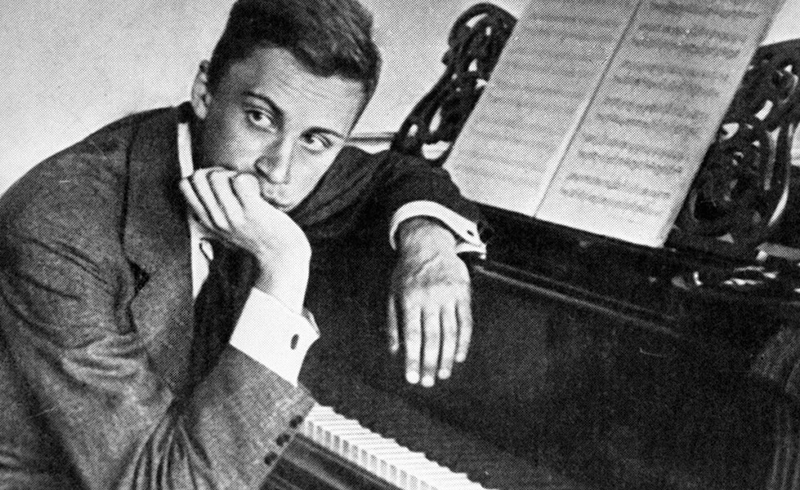 Music by Prokofiev and Khachaturian will be played by the Zagreb Philharmonic on November 7 & 8 at the Lisinksi Hall in the Croatian capital, under the baton of Dmitrij Kitajenko. Sergei Prokofiev’s Summer Night is an orchestral suite compiled in 1950 on the themes of his comic opera Betrothal in a Monastery, composed in 1940 and based on the three-act comic opera The Duenna, one of the most acclaimed works in London between the 18th and 19th centuries.

Unlike the original opera, which is very pungent with its humorous satire, Summer Night’s music is more melodic and passionate, but not without a slight bite. The suite is divided into five parts.

The first movement, Moderato ma con brio, derives from the brief orchestral introduction of the opera; the cheerful and joyful theme is presented by the trumpet.

The Serenade, Adagio, is in the opera the love song of Antonio and Louisa; the melody, otherwise flowing, romantic and light, is enriched by some more passionate hints.

The Minuet, Allegro ma non troppo, has an ironic character for the most part. The fourth section, Dreams, Andante tranquillo, is another romantic moment. The final movement, Dance, is light-hearted and colourful, with a powerful climax.

After winning the Rubinstein Prize (which was a fine new Schreder grand piano) in a piano competition in 1914, Prokofiev’s mother invited the then 23-year-old Sergei to a trip to London to attend performances of Diaghilev’s Ballets Russes. In the English capital, Prokofiev heard for the first time Stravinsky’s Firebird and Petrouchka as well as Ravel’s Daphnis et Chloé. He was introduced to Diaghilev who, after hearing him play his Second Piano Concerto, invited Prokofiev to write a ballet score based on what he called a “Russian fairy tale or prehistoric themes”. Prokofiev was assigned a librettist, the poet Sergei Gorodetsky, and the two men created the story for a ballet entitled Ala and Lolli.

The scenario took up a theme of Slavic mythology, the conflict between light and darkness, personified by the sun god, Veles and Chuzbog, a repugnant monster. Other characters were his prisoner Alla, the nymph of the forests and the brave Scythian warrior Lolli, her rescuer.

Prokofiev had in mind a vast orgy of the evil spirits close to what Stravinsky used for its Sacre du Printemps. He criticized the initial Gorodetzky plot and said it was “too pretty.” When he brought the piano score to Diaghilev, the impresario said the ballet was “dull” and asked for a new one. Willingly Prokofiev wrote The Buffoon, but did not abandon the vetoed score. He orchestrated Ala and Lolli and arranged it in the form of an orchestral suite entitled Scythian Suite. Its premiere in 1916 in St. Petersburg got a mixed reception. Parts of the audience were delighted, other people were scandalized

Prokofiev reported: “In the orchestra itself there were noticeable signs of antagonism. ‘I have a sick wife and three children, must I be forced to suffer this hell?,’ grumbled a cellist, while behind him the trombones blew fearful chords into his ear. Siloti, in fine shape, said we had given the audience a right slap in the face.”

“A scandal in high society,” reported the critic of the magazine Music. “The first movement was received in silence. The last called forth both applause and stormy protests. Despite this, the composer, who had conducted his own ‘barbaric’ work, took a number of bows.”

The second part of Dmitrij Kitajenko’s concert with the Zagreb Philharmonic includes music composed by Aram Khachaturian, with two concert suites drawn from Masquerade, written in 1941 as incidental music for a production of the play of the same name by Russian poet Mikhail Lermontov, and from Spartacus, a ballet music composed in 1954. The work follows the exploits of Spartacus, the leader of the slave uprising against the Romans known as the Third Servile War, although the ballet’s plot takes substantial liberties with the historical veracity.