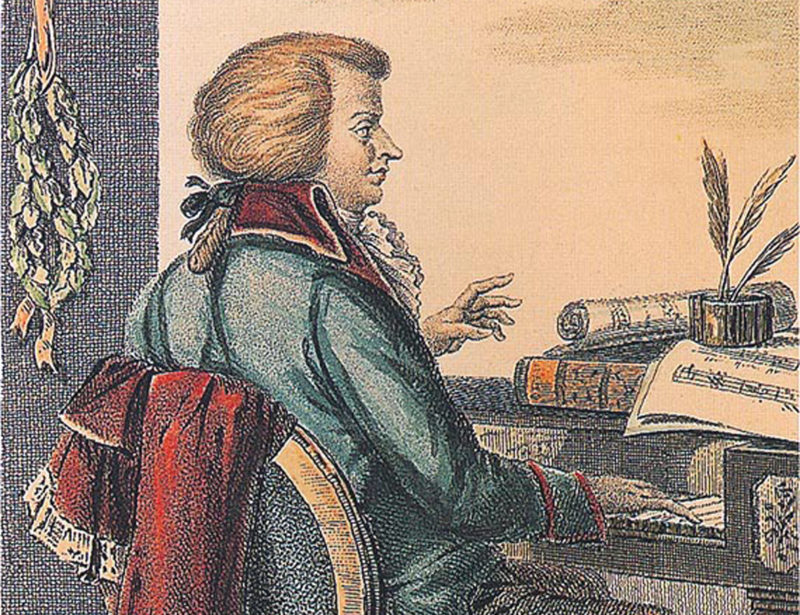 In his next concert with the Qatar Philharmonic Orchestra, on 7 March, Dmitrij Kitajenko will conduct Wolfgang Amadeus Mozart’s Sinfonia Concertante KV 364 with the soloists Lyonel Schmit, violin, and Giovanni Pasini, viola.
The genre of the Sinfonia Concertante (halfway between the concerto grosso and the soloist concerto) developed characteristically between 1770 and 1780, especially in Mannheim and Paris. Mozart devoted very little time to it. Apart from the Concertone for two violins in C major and the Sinfonia Concertante for wind instruments, his most popular work in this genre is the Sinfonia Concertante for violin and viola, which was composed in 1779. It marked a turning point in the composer’s aesthetics. Mozart brought the two solo instruments into constant, always very flexible and very tight dialogue. But the orchestra plays more than just an accompanying role. Mozart gave the orchestral texture a genuine consistency and deliberately distanced himself from the formalism that often affected the works of the Mannheim School, as well as from the gallant style and its mannerisms.
The concert’s last work is Tchaikovsky’s Fourth Symphony, about which the composer wrote in a letter to his patroness Nadezhda von Meck: “This is Fate, the fatal Power hanging over our heads like the sword of Damocles, incessantly poisoning our souls.”