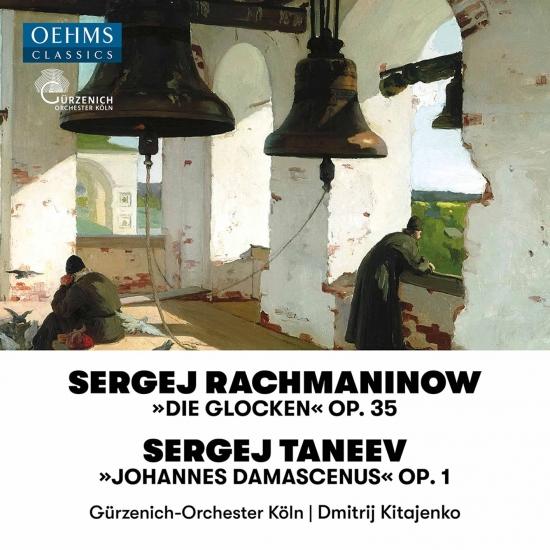 Oehms Classics is releasing a new CD on which Dmitrij Kitajenko conducts Rachmaninov’s symphonic poem The Bells and Taneyev’s cantata John of Damascus.

Inspired by the American poet Edgar Allan Poe (1809–1849), the symphonic poem The Bells was written in 1913. Its four parts describe different features of bell ringing: children’s sleigh bells in the first section, the wedding bells of a young couple in the second, alarm bells for a misfortune in the third, and mourning bells in the fourth. Rachmaninov uses the text version by Konstantin Balmont (1867–1943), who freely rewrote Edgar Allan Poe’s original.

Sergei Taneyev, Tchaikovsky’s only student of composition, strikes a different tone in his cantata about church father John of Damascus: Written between 1883 and 1884, it refers to a longer poem by Aleksej K. Tolstoy. It deals with the flight from the world by John of Damascus (around 650-before 754) from worldly hustle and bustle to spiritual retreat. Taneyev chooses only 16 lines from this long poem, which could serve as a model for a spiritual cantata, without reference to the background of his life. It is only about the life path of man in darkness and fear and the redemption at the Last Judgement. The contrapuntal nature of this work, trained in baroque music, occupies a special position in the Russian late romantic period.  Taneyev also turns his attention to the self-doubts that can beset a believer; with his opus 1 he created a fascinating work somewhere between orthodox rigour and polyphonic optimism.