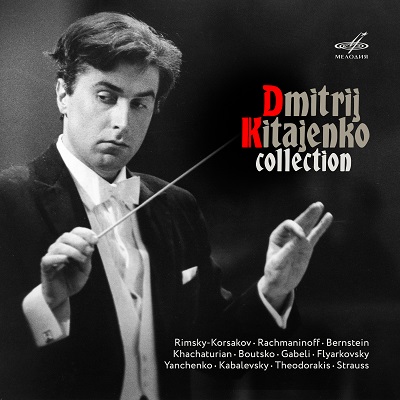 The Jury of the International Classical Music Awards (ICMA) announced today the Awards for 2021. In the Audio and Video categories, 18 productions are awarded a prize. In the category Best Collection the winner is the box Dmitrij Kitajenko Collection released by Melodiya. This is already the fifth award for Dmitrij Kitajenko at the ICMA. In 2013 he won with a recording of Stravinsky’s Firebird, in 2015 he received the Lifetime Achievement Award, in 2016 his recording of Tchaikovsky’s Iolanta won in the opera category, and in 2019 his recording of Sibelius’ 2nd Symphony was honored.

The Jury statement says: “Dmitri Kitajenko has shown himself to be a conductor of incredible charisma from the very beginning of his career, able to put any work under an intense spotlight and to spur any orchestra on to heights of achievement. Moreover, this box is a veritable treasure trove of wonderful music that reflects the vastness of Kitajenko’s repertoire and also his determination to bring Western contemporary music to the former Soviet Union.”